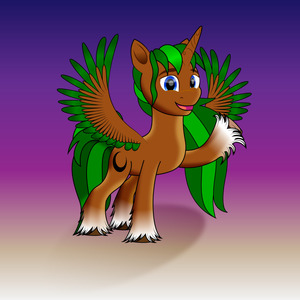 Guardian of White, first class, limited license. Rank 4, blade artist under Michael's spiritual platoon. I also work as a core systems admin for Yggdrasil station. Well that's my Spiritual ranking on the other side... Many people in the other realms call me the "Guardian of White"... I've been called that for a long while. Probably because I made a pact with the Dragon of White, the nine Dragon's offspring. To top it all off, the very moment I came to this world, Draco (constellation) was at it zenith, it coincided with both the Chinese, and Japanese, year of the Dragon. I much prefer to be called by my real name, Newmoon Winter - at least thats the name Iwas called back home.

But in all seriousness, I want to talk about the real me. Ive noticed that several things from my world have leaked into this world. Dimensional gateways opening up in places where the barrier is weak. For thirty years Ive lived on this planet, being guided by an old teacher of the guardians of the nine elements. From what I could tell, a large gateway opened up during the year of 1988. Me and several of my kind were brought here, losing our memories, and innate abilities. Some of us regained our past memories, and have been living a sort of double life; keeping up with the persona that was given to us when we arrived, and the one we have kept hidden away for our own protection.

Im not exactly sure how anyone can use magic, without a mana flow, or a world tree. What magic is left on this world, is in short supply - that is until someone finds the seed of the world tree and revives it in the place where the ancient garden once stood. I guess its why I still have trouble with using my kinds magic. My guardian teacher taught me to use my own spiritual energy as the catalyst for spells, one such spell being the Ki Zidoshi. Ive learnt how to create spirit blades to battle spiritual entities, going into spirit form is almost like breathing, and interacting with spirits is a common thing with me. I do have a couple of blades I used more than the others, they're not exactly the run of the mill spirit blades, they're what I call chaosblades. Shinbossyu - representing my Chaodmode Dark, is a heavy-class blade that seals away evil; and the Shikon Engetsu - represents my Chaosmode Light, is a buster-class blade as long as my back, let's just say, it turns those with evil intents to corpses. I regularly borrow the Heaven's Bow and Celestial Arrow, for long range spiritual combat, the bow uses spiritual energy-like arrows to purify the corrupt or tainted spirit. I can communicate with the elements of this world, as well as the Nine Dragon. I did once have a guardian beast, he was a 9 year old long haired black cat. He would often talk to me and bring me back into focus when I started to fall into a slump. Even though his body is gone, he still stays by my side in his ascended form. My internal gate, despite being able to skip universes, is unable to return to my original home.

Okay, what Im about to say, may sound crazy, but hear me out, Ill try to explain as best as I can. Since my awakening back around the fall of 2011, I remembered everything of who I was, where I came from, and the event that brought me to earth. Now as I said earlier, I told you that some of my world leaked into this one. Not just the idea of my world, but the inhabitants that lived there as well. According to the archives on Yggdrassil Station (Its a transdimensional space station orbiting a massive planet, which is the spiritual hub for all realms), the planet Im from is called Equanis. The location is exactly where earth is, just in its own sealed off realm. Every once in a while the barrier weakens enough for a passageway can be formed between both worlds. Anyways, the country I came from is Equestria, more specifically the capital city of Canterlot. Yes, yes, I know what youre going to say, Equestria isnt a real place. You would be right from this worlds perspective, but youve gotta remember theres a lot more than just this universe, there are countless universes out there, each being connected to each other. When I watch the show inspired by my world, its like watching a rerun, or recalling a past memory. The day I came to this world, was around the time when a bookworm unicorn got an upgrade, so to speak, becoming an alicorn. I was deep in the Everfree Forest at the time going after a chaos beast that had escaped the void. I chased it into the ruined castle, when everything started to distort and wobble. The beast at that moment attacked me causing me to fall through a portal that opened up behind me.

The next thing I remember is waking up as a human infant, my Chaosmode ability and unicorn magic gone, and only flashes of memories from my past. My ability to run for long distances, fast healing, ability to draw on a reserve of energy, and the knowledge of my past self, somehow remained intactdespite my memory loss. Ive lived here for thirty years, trying for the past few years to find a way back home. Ive been in constant contact with the co-rulers of my home, giving them regular updates.

Take what Ive said however you like. Im just sick and tired of hiding this truth. For those who are from my home, feel free to contact me. We can chat, maybe figure out a way for all of us to return to our families and friends we left behind. Iadded a pic of a spell circle my guardian teacher and I have constructed that should open a gateway between our worlds. I also added a pic of me and my Chaosmodes.