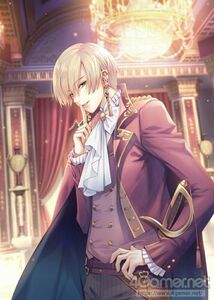 Manners & Conduct:
Please keep in mind this is an occult/magic(k) website. Not a roleplaying site, not a dating site, not a find a "teacher" to spoonfeed me site, and certainly not a place to feel entitled to free services like a tarot reading or spell from any random, "witch" kind of site. It's not a place where adults like being pestered by children who don't seem to take the craft seriously either. These are helpful things to think about before messaging people. Also, a relevant subject line is certainly appreciated. Protip; being condescending, arrogant, pretentious, rude, or self righteous is neither flattering nor mature.

Likes:
I am obsessed with tea and fish,especially sushi. There is no such thing as too much of either. Cooking is a pastime I enjoy. Pescatarian, vegetarian, and Mediterranean dishes are my go-tos. I love horror movies, comedies, and metal music. I enjoy composers such as Adrian von Ziegler, Lucas King, Peter Gundry, Derek & Brian Fletcher, and Tim Janis. Artists I am a fan of are Sandro Botticelli, Anna Armona, and Kevin Hill. I'm also super into anime, manga, manhua, and manhwa. I also like tabletop games like D&D, Pathfinder, and Savage Rifts/Worlds, and video games.

Three Socratic Sieves:
Is it good? Is it true? Is it necessary?
If the answer is no, then it's not worth sharing.

Personal Beliefs:
Witch is not a gendered term.
The Gods are innumerable.
Wights are not archetypes.
Threefold law isn't real.
Sin is fake news.
LoA is legit.

Personal Ethics:
Folk Heathenry is garbage.
Plagiarism is a deplorable act.
Honor and humility are mandatory.
UPG should not be presented as fact.
Disagree, don't disrespect. We're all human.

Quotes:
"Children must be taught how to think, not what to think." -Margret Mead
"When someone shows you who they are, believe them, the first time." Maya Angelou
"A truth that's told with bad intent beats all the lies you can invent." -William Blake
"The Only Thing Necessary for the Triumph of Evil is that Good Men Do Nothing." -Edmund Burke
"When the debate is over, slander becomes the tool of the loser." -Sokrates
"True knowledge exists in knowing that you know nothing." -Sokrates
"We are what we repeatedly do. Excellence, then, is not an act, but a habit." -Aristotle
"It is the mark of an educated mind to be able to entertain a thought without accepting it." -Aristotle
"To live is to suffer, to survive is to find some meaning in the suffering." - Friedrich Nietzsche
"Wise Men Speak Because They Have Something To Say; Fools Because They Have To Say Something." -Plato
"Good people do not need laws to tell them to act responsibly, while bad people will find a way around the laws." -Plato
"You have your way. I have my way. As for the right way, the correct way, and the only way, it does not exist." Friedrich Nietzsche