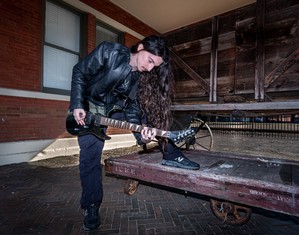 To know is to have knowledge; knowledge is power; power is control; control is understanding; to effectively show what you understand is to be wise; to be wise is to have wisdom over what you know.

It's sad to say that the one's who don't know are the one's teaching. The one's who are learning, revoke the words of the knowledgeable and hearken to that of the ignorant.

Some subjects I study and/or practice :

At the Well of Wyrd: A Handbook of Runic Divination by Edred Thorsson

Drawing Down the Spirits: The Traditions and Techniques of Spirit Possession by Kenaz Filan and Raven K

Elves, Wights, and Trolls: Studies Towards the Practice of Germanic Heathenry by Kvedulf Gundarsson

Exploring the Northern Tradition: A Guide to the Gods, Lore, Rites and Celebrations from the Norse, German, and Anglo-Saxon Traditions by Galina Krasskova

Futhark: A Handbook of Rune Magic by Edred Thorsson

The Galdrabok by Stephen E. Flowers

Hammer of the Gods by Swain Wodening

The Jotunbok: Working With The Giants Of The Northern Tradition by Raven K

Neolithic Shamanism: Spirit Work in the Norse Tradition by Raven K and Krasskova

Northern Tradition for the Solitary Practitioner: A Book of Prayer, Devotional Practice, and the Nine Worlds of Spirit by Krasskova and Raven K

Odin's Gateways: A Practical Guide to the Wisdom of the Runes Through Galdr, Sigils, and Casting by Katie Gerrard

The Pathwalker's Guide to the Nine Worlds by Raven K

The Poetic Edda by Snorri Sturluson

The Prose Edda by Snorri Sturluson

The Road to Hel by H.R. Ellis Davidson

Seidr: The Gate is Open by Katie Gerrard

Taking Up The Runes: A Complete Guide To Using Runes In Spells, Rituals, DivinationAnd Magic by Diana L. Paxson

The Well and the Tree by Paul Bauschatz

The Whispering of Woden by Galina Krasskova

Wholly: A Devotional for Hela by Dagian Madir

Wyrdworking: The Path of a Saxon Sorcerer by Alaric Albertsson