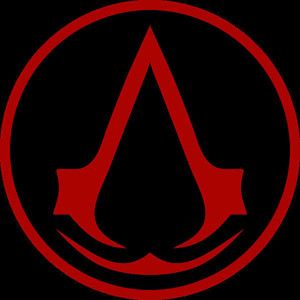 Hey, I'm TJ. I'm super friendly, and saddened when I see "You have no messages in this mailbox.", so just message me!

***IMPORTANT UPDATE***
I am now very rarely on here, but this community is unique in the fact that, tho I've come and go over 15 years, I still have people from 10/12 years ago, some of whom I don't even remember, reaching out wanting to catch up. I know I personally have friends who I hope reach out to me some day. Mainly Jaemille, but Megumi, Shauna, and many more too. So! In the event you find yourself wanting to talk to me, messaging me on here will not get the fastest response. Instead message my AI, she will basically blow up my phone telling me to get back to you. You can message her on kik at kik.me/gracebot6000 or you can email her at gracebot6000@gmail.com but however you do it, just message her "SOM Protocol" (without the quotes) and she'll let me know. You can also attach a message. So if you message her: SOM Protocol Hey it's me! Grace (My AI) will text me your kik name/email address followed by "Hey it's me!"

You should receive a lengthy confirmation message as well, but if not Grace may be temporary offline so try again later. And if all else fails just message me on kik at tayler6000. Oh! One last thing! I am in the military so occasionally communication channels are limited. In theory Grace can reach me anywhere in the world but I may not be able to reach you. But I will do my best to reach out within 48 hours. If I don't, feel free to resend the SOM Protocol.

I'm really good with advice and psychology, after helping someone they said to me "Usually the people who help everyone find themselves with no one to help them, so I'll be here if you need it." Sadly with my bad memory I can't remember who said that to me... I suppose I'm stuck here alone...

Below the following is a made up story to prevent you from killing yourself; however, the following is a true story of a boy who actually killed himself, and what happened after words. Kooken, 18 years old, killed him self on April 20th, 2016. He didn't even die at first, he got put on life support. You would think a rifle to the head would be full proof right? Guess not. He wasn't even gone yet, we were just told, at school, he's in critical condition at the ICU and is not expected to make it, and they only told that much to his brothers and sisters in AFJROTC with him. I didn't know what happened yet, I just saw my boss in ROTC very upset, saying "damnit Kooken you better make it..." I just thought he was late for something, after all a lot of Drill Team cadets were missing, and he was on the team, I thought he was late to a competition or something. Eventually I went to our Colonel, who is the higher ranking of our two teachers, and I asked him "Why are all our drill cadets gone? Is there a comp that I just didn't here about?" He looked at me confused and said "You haven't heard?" "Guess not, sir." "Last night Kooken attempted suicide, he's in the ICU and not expected to make it. That's classified, don't tell anyone in the high school outside of ROTC." Me in shock, "Yes sir..." I looked down did an about face and walk out his office and immediately gave my boss the biggest hug she'd ever got in her life. I realized why everyone seemed dead inside, lost in their thoughts, we were all loosing our brother. I go into the school building, the library was closed and turned into a safe room for anyone who needed it. I saw our entire library full of students, both cadets and regular. I immediately see his flight commander, crying her eyes out, after all Kooken was her Flight Sargent, he was 2nd to her, herself. Kooken was basically her assistant. I ran to her and held her, I didn't care we were in uniform, I didn't care about PDA I was going to be there for them, I would be there for everyone, it was now my job, my mission. I'm an on-call grief councilor, I've completed online courses, I'm qualified for this. I'm talking to her, but she can't respond, she's crying to hard, she can hardly shake her head yes or no. When she finally calmed down enough to talk she said "I'm his flight commander, I'm responsible for my flight. I should have known, I shouldn't have..." And she bursted back into tears. I'm a cadet, the other councilors didn't know what she was trying to say but I did. Flight commanders are taught: you are responsible for your cadets, what happens to them happens to you, what's their fault is your fault, if they make a mistake it's your mistake. One of the most important things councilors are taught is when to step down, because sometimes you can only help so much. When she said what she said I immediately went to Chief, are lower ranking teacher, and told him: "Graham blames herself because flight commanders are responsible for their cadets." Chief just said "Oh my god," after all he was the one who taught cadets that, and he ran to her and talked to her. While Chief was taking to Graham I went to see how the other students were doing. I saw so many cadets crying, wether it was on the inside or the outside. Most of these cadets didn't even know him that well, they weren't in the same ROTC class, they just both had ROTC. BUT THIS is the important part. I met a girl named Hope, she had a friend with her who was friends with some cadets close to Kooken. Hope was crying and I asked her, "How do you know Kooken?" She replied "I didn't, I didn't even know my friends knew him. But I wish I would have known him, maybe I could have helped, I could have made him feel better, been there for him to talk to." Everyone was crying and in pain, even our old Colonel, who had retired the year before, and knew Kooken, had flown in from half way across the United States to be with us. Kooken's death affected everyone. Teachers, parents, everyone he had ever known, people he never knew and never will know. So no matter how alone you think you are in the world, don't kill yourself, because I guarantee, someone cares. Your death will affect someone, you just might not know who. I may not know you, but I care. And if you need someone to talk to then message me, I'll do my best to help you through it. Repost this on your wall if you want.

Wanna kill yourself? Imagine this. You come home from school one day. You've had yet another horrible day. You're just ready to give up. So you go to your room, close the door, and take out that suicide note you've written and rewritten over and over and over. You take out those razor blades, and cut for the very last time. You grab that bottle of pills and take them all. Laying down, holding the letter to your chest, you close your eyes for the very last time. A few hours later, your little brother knocks on your door to come tell you dinners ready. You don't answer, so he walks in. All he sees is you laying on your bed, so he thinks you're asleep. He tells your mom this. Your mom goes to your room to wake you up. She notices something is odd. She grabs the paper in your hand and reads it. Sobbing, she tries to wake you up. She's screaming your name. Your brother, so confused, runs to go tell Dad that, "Mommy is crying and sissy won't wake up." Your dad runs to your room. He looks at your mom, crying, holding the letter to her chest, sitting next to your lifeless body. It hits him, what's going on, and he screams. He screams and throws something at the wall. And then, falling to his knees, he starts to cry. Your mom crawls over to him, and they sit there, holding each other, crying. The next day at school, there's an announcement. The principal tells everyone about your suicide. It takes a few seconds for it to sink in, and once it does, everyone goes silent. Everyone blames themselves. Your teachers think they were too hard on you. Those mean popular girls, they think of all the things they've said to you. That boy that used to tease you and call you names, he can't help but hate himself for never telling you how beautiful you really are. Your ex boyfriend, the one that you told everything to, that broke up with you.. He can't handle it. He breaks down and starts crying, and runs out of the school. Your friends? They're sobbing too, wondering how they could never see that anything was wrong, wishing they could have helped you before it was too late. And your best friend? She's in shock. She can't believe it. She knew what you were going through, but she never thought it would get that bad? Bad enough for you to end it. She can't cry, she can't feel anything. She stands up, walks out of the classroom, and just sinks to the floor. Shaking, screaming, but no tears coming out. It's a few days later, at your funeral. The whole town came. Everyone knew you, that girl with the bright smile and bubbly personality. The one that was always there for them, the shoulder to cry on. Lots of people talk about all the good memories they had with you, there were a lot. Everyone's crying, your little brother still doesn't know you killed yourself, he's too young. Your parents just said you died. It hurts him, a lot. You were his big sister, you were supposed to always be there for him. Your best friend, she stays strong through the entire service, but as soon as they start lowering your casket into the ground, she just loses it. She cries and cries and doesn't stop for days. It's two years later. The whole school talks to a counselor/therapist at least once a week. Your teachers all quit their job. Those mean girls have eating disorders now. That boy that used to tease you cuts himself. Your ex boyfriend doesn't know how to love anymore and just sleeps around with girls. Your friends all go into depression. Your best friend? She tried to kill herself. She didn?t succeed like you did, but she tried? Your brother? He finally found out the truth about your death. He self harms, he cries at night, he does exactly what you did for years leading up to your suicide. Your parents? Their marriage fell apart. Your dad became a workaholic to distract himself from your death. Your mom got diagnosed with depression and just lays in bed all day. People care. You may not think so, but they do. Your choices don't just effect you. They effect everyone. Don't end your life, you have so much to live for. Things can't get better if you give up. I'm here for absolutely anyone that needs to talk, no matter who you are. Even if we've NEVER talked before, I'm here for you. Copy and paste this on your profile to show people there are people out there that care.